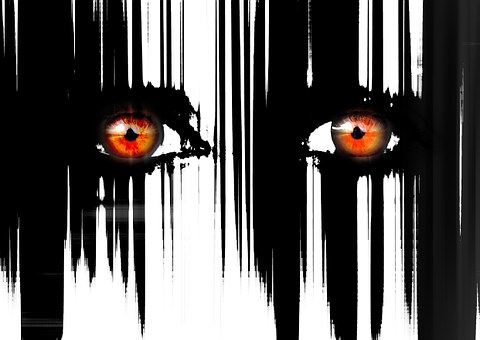 The physiological symptoms associated with fight or flight include;

The effects of long-term stress, adrenal fatigue and fight or flight include;

Vasopressin and CRH are peptides that stimulate the pituitary gland (known as the master gland of the body) to produce and release adrenocorticotropic hormone (ACTH). The pituitary gland is also responsible for producing and releasing other vital hormones such as; growth hormone, anti-diuretic hormone and luteinizing hormone.

ACTH in turn stimulates the adrenal glands to produce cortisol which is the hormone that releases glucose into your bloodstream which is preparing your body for the high-energy ‘fight-or-flight’ response that it is expecting. Your adrenals also release adrenaline, which raises your heart rate and increases your blood pressure, all physiological responses in preparation for ‘fight or flight’. Other physiological effects of ‘fight or flight’ include; diverting blood from your gastro-intestinal tract and brain to your hands and feet, suppressing your immune system and increasing your blood’s clotting ability.

Normally, when enough hormones have been produced, a message is sent back to the hypothalamus and pituitary to stop producing more hormones.

The more stress the body is exposed to, the less effective the negative feedback loop becomes.The adrenal glands start to show signs of overuse such as the feeling of wired but tired. The glands themselves may be starting to thicken as a way of attempting to produce more hormones. The adrenal glands are still pumping out cortisol and adrenaline, but they’re struggling. Becoming more reliant on coffee to get you up and going or staying awake later in the day is a classic sign that your adrenal glands are starting to suffer.

After repeated, ongoing exposure to stress, the return negative feedback loop, doesn’t swtich off the hormone release from the hypothalamus and pituitary glands, yet the adrenal glands are really struggling to produce hormones and other hormones such as pregnenolone (precursor to sex hormones as well as cortisol), DHEA and testosterone are affected. Pregnenolone is stolen for the production of cortisol at the expense of producing sex hormones. The rest of the endocrine system start to try to compensate for the weakened adrenals, but this only leads to lower hormone and neurotransmitter levels elsewhere. Typical symptoms, at this stage, may include ongoing fatigue, a lack of motivation, lowered immune system (and therefore more risk of infections) and a lower sex drive. The adrenal glands may be starting to shrivel. This stage can go on for several months or even years.

If stress continues, unabated, you will enter the final stage of adrenal fatigue, known as adrenal burnout. The body simply runs out of ways to manufacture stress hormones, and cortisol levels finally begin to drop. Now, the levels of both the sex hormones and the stress hormones are low. Levels of neurotransmitters are often also low. You may suffer from extreme fatigue continuously as well as a total lack of sex drive, irritability, depression, anxiety, weight loss, complete lack of motivation and apathy in hobbies and interests that previously  brought joy. By this stage, the lack of  hormones has major implications for almost every part of the body. Recovering from this stage needs considerable time, patience and often a total change in diet and lifestyle.

Ways to manage the long-term physiological effects of fight or flight;

Foods that calm the nervous system can help soothe our over-active thought processes;

such as Buteyko or Yogic Breathing

Because the fight or flight response is designed to prepare your body, physically, for action, either as fighting or fleeing, the adrenaline and other adrenal hormones continue to course through your body, if the body doesn’t actually do anything physical. Therefore it is imperative that you release these through exercise. Even running on the spot, or screaming out loud, can help release these. Regular, ongoing exercise is important to keep these hormones in check and to release feel good endorphins that keep you in the para-sympathetic or rest and digest state.
High Intensive Interval Training (H.I.I.T), is a really good technique for helping with the damaging effects of long-term fight or flight.

If you feel you’re suffering from long-term fight or flight or any of these stages of adrenal fatigue, please come and see me, it’s much easier to resolve in the earlier stages than putting off until you’ve reached burnout.

This is a demo store for testing purposes — no orders shall be fulfilled. Dismiss